In Britain, Jaime Gili had become interested in the popular practice of choosing what is displayed on one's car number plates. Although they originate in a governmental imperative (to number each individual car) plates are used, conversely, as an emblem of individuality.
The artist commissions the plates that make up the Transnational Anthem from a standard plate making shop; the owners of these plates however are not individuals but rather individual countries. From flags and national anthems Gili selects the most resonantly patriotic words, using the language of car plates to transform them into ironic, text-like expressions. Thus, for example, we find ORDEM - PROGRESSO (ORD3M - P8O6RES in car plate speak), which is taken from the Brazilian national flag's emblematic phrase 'Ordem e Progresso' (Order and Progress). Another set of plates feature ALT4 - CIE7O arranged as a diptych, that is 'Alta' and 'Cielo', taken from 'Alta en el Cielo' (high in the sky) a famous line from an Argentine anthem that hails the country's sky-blue and white flag.

Transnational Anthem is an ongoing work, an expanding taxonomy of anthems which began in 1998 with a series of number plates created for a group exhibition of Latin American artists in London. Given the irony inherent in the idea of the personalised car plate as something that can never truly be 'personal', this work suggests that similar contradictions - between individuality and standardisation, difference and sameness, free choice and duty - are inherent to the concept of nationalism and national identity. Meanwhile the 'transnational' language that Gili uses reflects his own aim to refer, beyond Latin American nationalism, to any country and to any person: to examine the widespread need to assert private identity via public rules of display. 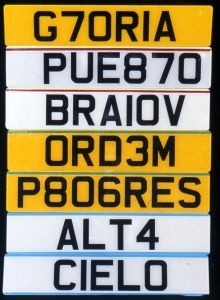 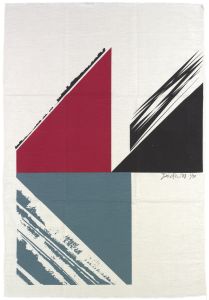